John-George Nicholson is the father of two angelic devils, a South London enthusiast, who grew up in care. He likes to read, watch sports and have long baths. When he gets the chance John-George loves writing about a past that's forever influencing the man he's threatening to become. He has a particular interest in the ropiness of memory and the stories we all tell ourselves to make sense of this thing called life. John-George previously blogged at Own Two Feet.

I am on my hands and knees. Fingers blindly searching under the front seat of my car. All I need is another five pence. Fifty more minutes of paid parking then it’s free for the day. There must be something down here. Coins are forever falling from my pockets with a curse and a clink, finding the most awkward spaces. I often forget to retrieve them. Careless, I lose everything. Money, keys, gloves, phones, bank cards, people’s names, odd socks, important notes, the punchlines to jokes. I find it hard to hold on to anything for long.

This time the floor is bare but for a biro, Michael Jackson’s ‘Thriller’ CD and a blue Peanut M&M. I go to Plan B and reach for my credit card. My so-called smartphone struggles to load the prescribed parking app. When it finally does and I add my details, it crashes. I try again and this time it works. Payment accepted. Car safe. I’ve beaten the wave of vulture like traffic wardens I’m sure are circling in the next road.

But the feeling of victory slowly fades and I’m left standing on the pavement by the parking machine. The thoughts – on loop in my head all day – return once again. Thoughts of Michael lying in the building at the end of the road. What will I say?

I went to live with Michael Hall when I was nine years old. Michael, his wife Jenny, their son Mikey who I idolised, and daughter Rebecca. They had two dogs. Judy the Red Setter with funny teeth and Lily the little Yorkshire Terrier with smelly breath.

Their two older sons, David and Mark, had left home and had their own young families before I moved in. Then there were the aunties and uncles and grandparents and cousins and nieces and nephews. If that was not enough the church was a whole other family – many of them also actual Hall family – it was headed by Michael’s brother Conrad, who led the congregation as its Pastor in his big white house two doors down.

There were always a lot of people around. At home it had only ever been my mum, my brother and me. Towards the end a new baby brother arrived that my mum would keep when we left. Our dads were in and out and the wider family scarce and scattered, it all seemed fairly normal and still does, though my dad and I are now much closer and see each other regularly.

In the Hall’s I saw for the first time another way a family can exist. I loved this new big collective. I wanted to be part of it, part of them and in some ways, I was, but I also just wanted to go home, and a part of me still does. Over time that part of me has become quieter. I rarely hear him calling out like he used to but from time to time I hear the whispers. I listen. I tell him he has a new home now, but he still remembers.

I, and one of my younger brothers, stayed with the Hall’s until I was thirteen, when we left and were moved into a children’s home around the corner. Soon after, my brother and I were split up. The time apart from our mum finally took its toll and turned us in on each other. He reminded me so much of her. It should have bought us closer together, but it only highlighted what we had both lost. ‘He’s holding me back,’ I’d often say. He was getting into trouble. Messing things up for both of us with his behaviour. And it was harder to be placed as two brothers. I had more chance alone. I persisted in breaking us and we broke. A fracture that cannot be fixed. We no longer talk. From the children’s home he was moved on somewhere else. A few months later I returned to the Hall’s.

The final weeks of my second stay with the Halls were sad. Our relationship deteriorated. Blame, once so prevalent, slowly destroying the memories I had of them, has now been laid to rest. It’s a worthless artefact. I don’t even know who was to blame, if anyone at all. The wear and tear of being in care, the confusion of adolescence we all stumble through, old fashioned teenage rebellion and the scream to be heard, their weariness of me, my weariness of them. In the end all of our own personal realties could no longer find a way to mesh together, so we just fell apart.

It came to a crescendo of silly words battered back and forth between us over the little girl from the Cosby show, which ended in the small confines of a Toyoto Space Cruiser as Michael angrily pulled at the scruff of my shirt. I had pushed and pushed and found the edge I so badly wanted to finally leap from and I was going to take them all with me. It was the only time I remember Michael losing his temper, but I have no recollection of being afraid. I only felt sorry it had come to this.

Those times I had sobbed in the kitchen – unable to find the words – he knew and took me in his arms and just let me cry. Now a part of me didn’t want him to let go of my collar because I knew in the moment I was going to run and there was no coming back. His anger was taken over by something else. His grip loosened. The shouting stopped and I took my opportunity to escape. I quickly slid my skinny frame out of the Space Cruiser passenger window, hit the road and just ran into the night. I would not see the Hall’s for another twenty-three years.

In the years that followed I dug deep holes and threw in my memories of the Hall’s. So many memories were silenced. Our painful ending. Not being able to go in the fridge or sit on the expensive sofa. But I didn’t distinguish between good and bad. It all had to go the same way.
I let myself extinguish their love and how much they cared for me. Gone were faint memories of happy Christmases and trips abroad. Fun shopping trips, running around the common with Michael, sitting down as a family to watch ‘That’s Life’ on a Sunday. Playing football with Mikey and his friends, Jenny tucking us in at night, balloon tennis games, staying up late to watch England play the USA. I let the laughter and the silliness go too.

Eventually our ending was just another rejection, another bunch of people who didn’t want me. My pain revelled in its destructive nature and its ability to make things disappear, so I made them vanish. Almost. 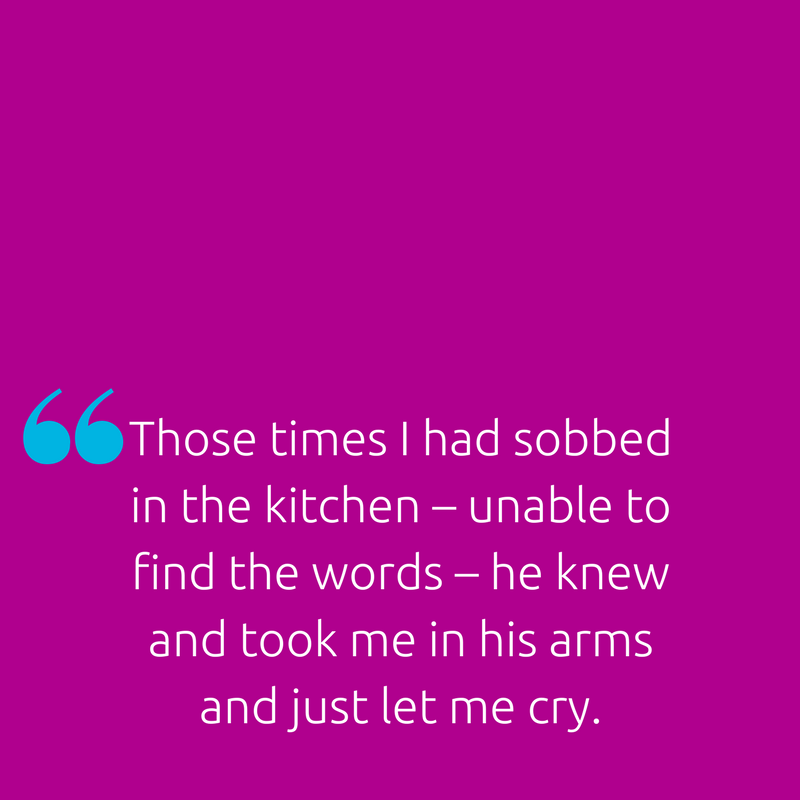